Who Directed What? (part 1)

We all have things we’re so deeply accustomed to—phrases, habits, routines, etc. —we rarely think about them. And with good reason: without these blinders, or the time we spend on autopilot, the sheer volume of input in our raw experience would overwhelm us to the point of paralysis. However, it’s also quite useful to at least periodically step back and reconsider what we typically take for granted.

After nearly two decades of working for Sudbury schools, I’ve written and spoken about self-directed learning so much, it’s easy to forget that this term might not be as self-evident as I, most of the time, seem to assume. Advocates of self-directed learning (a group that extends well beyond the world of Sudbury schooling, for sure) use this label as a sort of shorthand for the theory of learning upon which we base our various practices, while those newer to the concept, I think, are often at something of a loss as to how exactly theory and practice connect.

So with this pair of posts, I’d like to engage in a little navel-gazing, first teasing out what self-directed learning means and looks like, then, in Part Two, explaining why I find Sudbury schooling such an integral and uniquely valuable means of supporting it.

Let’s begin with the notion of directing one’s own learning. For those coming from a more conventional paradigm, this may suggest a more deliberate, even academic, approach than what actually plays out. If mainstream schooling is taken as the model, then self-directed learning might be envisioned as students choosing their own subjects and teaching themselves in much the same manner as regular, adult teachers would.

However, natural learning (another label!) is in reality much more spontaneous, random, and purposeless (in the best possible sense of that word). The term “self-directed learning” is, on one level, a ridiculous attempt to convey the process by which human beings naturally live and grow. The philosophical underpinning of self-directed learning is the fact people are innately, intensely curious, driven to explore and master (or at least, engage effectively with) their environment. We see this in infants and toddlers; it’s behind what we lightly refer to as “child-proofing.” Neil deGrasse Tyson, among others, has remarked on how children are natural scientists. They play, they mess about and get into things—it’s what they do…at least, until they get to school and well-meaning adults deem it time for them to get down to the serious business of “learning.”

Why do young people learn? Because they want to! Their worlds slowly expand, like a computer game where the known world, initially quite small, expands into previously invisible pixels as you map out larger and larger chunks of territory. Meanwhile, children who are allowed to learn as evolution shaped us to learn generally, I think, don’t think of what they do as learning, so much. Or perhaps it’s more accurate to say, they don’t see or maintain an artificial, arbitrary distinction between living and learning. They’re curious and playful; they encounter the world day by day, hour by hour, and they soak it up. Learning isn’t something you go to a special place to do (or, as is too often case, have done toyou): you simply realize, incidentally and often after the fact, that you know things you didn’t used to know; you can do things you once weren’t able to do.

So kids will naturally, without adult prompting or so-called “teachable moments,” play and talk and observe and argue and figure things out. This doesn’t look like learning to many people, which is the crux of the confusion surrounding self-directed learning: if these kids are actually learning, then why does it look like they’re just goofing off? If this is so educational, why does it look like perpetual recess?

I suggest it’s because this more natural approach to learning taps into something much deeper, more powerful, and far, far older than anything most of us would recognize as “education.” (For more on this subject, I highly recommend the work of Peter Gray, especially his blog and his book Free to Learn.)

Self-directed learning, then, really consists of people of all ages living their lives, guided by the natural instinct we call curiosity. Next time I’ll go into why I’ve found Sudbury schooling a particularly effective means of supporting self-directed learning. 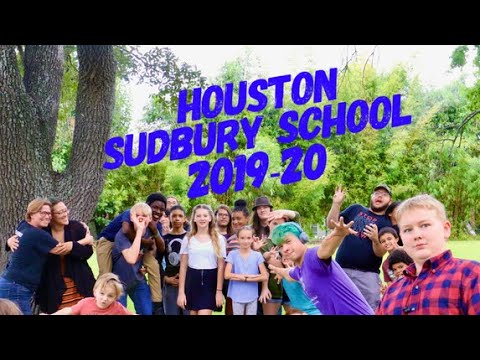 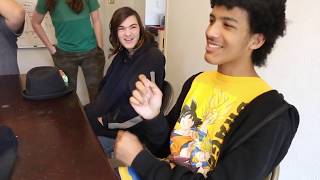 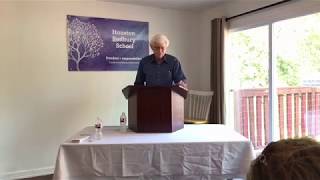